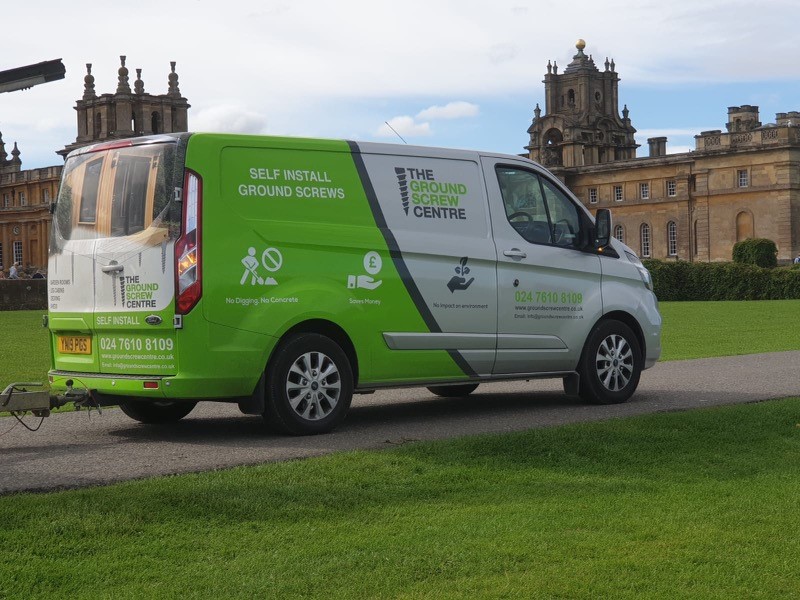 A Stoneleigh-based construction materials specialist which has seen a four-fold increase in business over the past year is looking to expand into Northern Europe with help from Leigh Graham Associates.

The Ground Screw Centre, which provides a greener and hassle-free alternative to concrete bases for garden rooms, fencing and sports facilities, says demand for its products has exploded over the past 12 months – with the pandemic driving sales further.

And it says that, with the added complexities of Brexit, it needs John Street-based Leigh Graham Associates to help look into the implications of exporting or licensing its products overseas or setting up its own offices in Europe.

Leigh Graham partner Luke Bryan, who has been working with the Ground Screw Centre since it launched in 2018, has also been helping it plough some of its profits into tax efficient investments such as pensions and capital equipment, as well as restructuring the firm’s shares allocation.

The wider accountancy practice has worked with The Ground Screw Centre’s co-director Paul Brown in another business capacity for many years, and so asking it to work with his new venture was a natural move.

Paul explained: “I like working with them. They’re professional, friendly and they’ve given us great advice on building the business and tax planning. We’re now three years ahead of where we thought we’d be a year ago, with turnover increasing by just under 400% in the last year.”

The Ground Screw Centre expansion has been driven by a number of factors, not least the rise in people needing garden offices or investing in outdoor home improvements during the lockdowns. In addition, Paul says the fact that its products can be installed on a DIY basis and offer a more eco-friendly alternative to concrete foundations make them an attractive proposition.

Away from domestic premises, the centre has supplied its products to major UK brands including housebuilder Persimmon, McDonalds and Blenheim Palace.

Luke Bryan said: “In line with many appointments, we were initially instructed by Paul and his co-director Steve Hawthornthwaite to assist with year-end compliance work. In year two, that remit expanded towards providing corporation tax planning and tax efficient profit extraction advice and resulted in a share restructure for the improvement of their greater personal affairs.”

“When the business started it was just Paul and Steve working on a part time basis.  Now it’s expanding so much they have taken on staff, so we also help with the payroll. And if they decide to move onto the continent then we will give them advice on the complex tax planning around that.”